Suicides and Substance Abuse: Bullying’s Effects on Victims and Bullies

The Center for Disease Control and Department of Education broadly defined bullying as unwanted aggression between individuals with an imbalance of power, with repetitive acts intended to cause harm to the perceived “weaker” person/s.

While the common perception is that only the victims end up getting negatively affected by bullying, an often overlooked part of bullying is what it does to the bullies and how they turn out later on.

Various organizations and governments have taken steps and conducted studies on how to stop bullying, with some going as far as creating laws to counteract bullying. 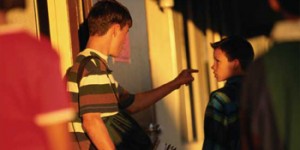 It should go without saying that bullying is a terrible thing. A recent study by Yale University found a correlation between bullying and suicide. According to the study, victims of bullying were 2 to 9 times more likely to have suicidal thoughts.

Statistics posted by ABC news stated that 160,000 children opt to stay home on a daily basis to avoid being bullied. The negative effects not only affect humans but plants and animals as well. IKEA showcased this in one of their ads by bullying a plant.

After a month of hurling insults at the plant, it was shown that it had withered and was in worse shape than when the experiment began. It has been discovered that victims of bullying end up developing a multitude of mental disorders. Some prominent disorders are depression, anxiety, social isolation, low self-esteem, et cetera.

Bullies may seem like they end up on top whenever they bully someone but the truth of the matter is that they themselves end up getting negatively affected by these acts. According to a recent study published in JAMA Psychology, bullies were 4 to 5 times more likely to develop an anti-social personality disorder.

This meant that these people tend to show little empathy towards others and are more likely to commit crimes. A 2012 study by Catherine Bradshaw and her colleagues at Johns Hopkins University also revealed that bullies were also more likely to develop substance abuse problems and under-perform in school.

Combining all of these effects actually puts bullies at a greater danger later in life due to their violent behaviours. This creates a cycle of messed up kids growing up into messed up adults and messing up their kids in turn.

One good way to lessen your children’s chances of bullying is to treat them with kindness. Pay attention to them. Show them that being cruel to other kids will not work out well for everyone involved.

Most bullies are the way they are due to problems at home, so make sure to make your home environment does not end up creating issues for your child. While self-defence is a good thing to learn, more emphasis should be placed on teaching problematic children to be kind, not on teaching victims to fight back.

Immediate intervention should be done for anyone being bullied and being a bully, do not wait for another kid to commit suicide or a crime; every reformed bully also results in more empowered victims.