Science Catches up with Practice: How Hypnosis Works on the Brain

Hypnosis dates all the way back to the 18th century, when a charismatic healer called Franz Anton Mesmer – who believed in the link between the heavenly bodies and human health – set about curing illnesses with an array of fancy theatrics and magnets. 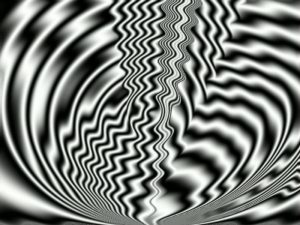 But what we now know, with much more certainty, is that real science is at the heart of hypnosis, whether it was Mesmer and his interest in Paracelsian astrological principles, or modern day hypnotherapy on the Gold Coast.

What has always been relatively clear, even over those hundreds of years, is that hypnosis is something.

It’s real. People stop smoking, get over phobias, cope with extreme stress and trauma and deal with pain and a huge list of other things, all with the brain rather than medication.

That much and more is crystal clear. But scientific arguments about what is really happening in the brain during hypnosis have always raged, because the mind is deeply mysterious and even the very latest 21st century science has been unable to properly explain it.

Indeed, it’s still not clear exactly how hypnosis works on the brain in this strange, conscious-yet-trance-like, non-sleep state of relaxation, with heightened imagination and extreme concentration and suggestibility. Scientists have not even been able to agree if it really is a separate neuro-physiological state or whether the subject is kind of just ‘playing the game’.

But that science is finally catching up with hypnosis

A study conducted by Stanford University has found evidence that something fundamentally different really is happening in the brain beyond a subject’s mere expectations.

MRI scanners found actual blood flow changes involving areas of the brain concerned with focused attention, awareness of the environment and control of bodily functions. The abstract declared that these changes underlie the “lack of self-consciousness that characterises hypnosis”.

“That’s why the stage hypnotist can get a football coach to dance like a ballerina without feeling self-conscious about what he’s doing,” Dr David Spiegel, a psychiatrist and researcher at Stanford, told the New York Times

Hypnosis rather than medicine

Like hundreds, thousands and millions of others, Dr Spiegel is someone who has experienced the very real benefits of hypnosis. According to Time , he hypnotised rather than medicated himself after shoulder surgery in 1972 to deal with the pain. But because of his almost five decades of studying hypnosis, he wasn’t surprised that it worked.

His surgeon, however, was much more skeptical, writing on his chart that Dr Spiegel must simply have been lucky to have not had any nerves cut by the scalpel.

“They cut plenty of nerves,” Dr Spiegel smiles. “I was just handling the pain myself.”

Of course, not everyone is easily hypnotisable, and some are highly hypnotisable, so Dr Spiegel’s MRI-based research involved both groups of people. In the latter group, the results showed less activity in the brain’s salience network – where things we should worry about are brought to our attention.

Not only that, the MRI showed that parts of the brain connect more strongly with the body during hypnotism, while others allow more of a disconnection with self-reflection – which Dr Spiegel says explains why people do “silly things” in TV hypnosis shows.

He said he hopes this sort of real scientific evidence actually changes not only the way hypnosis is widely perceived, but real-world medical treatments, for example those that deal with pain, stress and anxiety.

“Now that we realise the addiction potential of opiates is very high, it (hypnosis) is potentially a very valuable alternative,” said Dr Spiegel. “It’s a real-deal treatment that should be given the same respect we give to a lot of other treatments used that are sometimes less efficacious and more dangerous.”