Positive belief of your future trumps negative emotions of your past 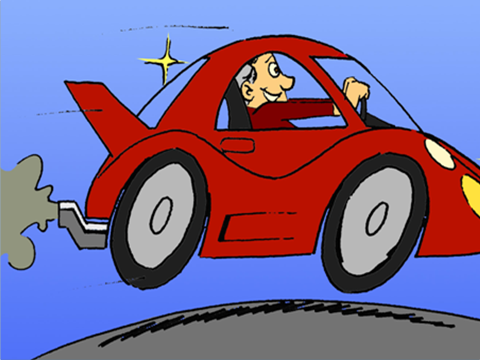 This is an incident in my personal life, which emphases how a positive belief of your future will diminish the negative emotions of your past.

This was a period of my life when through personal reasons I was feeling low. This happens in all our lives. Life is a journey of up and downs, lessons and experiences, which hopefully we learn from.

My solution to my feeling low – I wanted a car with some performance, zip in it.  At the   time I was on the Isle of Man, a small island in the Irish Sea half between Liverpool and Belfast.

I went over to England together with my cousin who has a greater knowledge of cars than me. The main features of a car is a means to travel in relative comfort and reliability. To me anyway.

Also my youngest daughter who I am very close to, was to choose the colour.

I bought if my memory is correct a white Ford. A suped up edition of the Ford Serra. It would still be accelerating at 100 miles per hour miles (not kilometres)!

The Isle of Man is only 10 miles wide and 38 miles long.   was not covering any long distances.  Mainly just around Douglas, the capital.

Quit often I took over to England, the mainland. Not far from the ferry was the M6, the major motorway between England and Scotland. Although there was a speed limit, in those day the police were not to focused on enforcing it.

It’s a six lane motorway where the trucks were not permitted in the fast lane.  The vehicles in the fast lane, BMW’s ,Mercedes and other high powered cars were speeding between ninety and one hundred miles per hour.

Life in the fast lane

I was totally focused  on where I was going.  I had my peripheral vision and my rear view mirror to glance in.

I was totally focused on where I was going.

Clearing out the gunk

I did this trip many times and after about a hundred miles, I was in a different car.  All the gunk and rubbish that the can had clogging up the engine, from short distances on the Isle of Man was blasted out. The car nearly took off.

The point of this story is that when you are going into the future with believability and focus, all the negative emotions of your past become irrelevant.