It is possible to heal your mind, body and soul.

Some people believe in past lives. Some people don’t. There’s no scientific proof it exists. So whether you, personally, believe in it or not is entirely up to you. 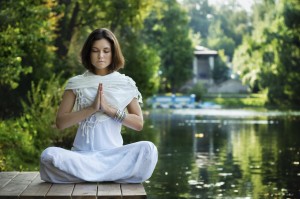 I happen to believe that we’ve all had past lives, but have never discussed it with my clients. On occasion, however, I have been specifically asked whether I could regress a client to help them clear up an issue they’re dealing with … or because they’ve simply been interested to see what would happen.

The results have been as varied as the clients who have asked. Some had rather dramatic revelations. Others were simply interesting. More often than not, there were positive therapeutic benefits.

Nonetheless, I still hesitated to advertise my ability to safely take people through a Past Life Regression. I have a thriving hypnotherapy practise and didn’t want to jeopardise it by being thought a bit too ‘out there’.

Then one more person asked me to take him back to a past life he believed was creating a situation in his present life. So I regressed him using hypnosis to a specific time; to a village where he saw his twin brother being brutally beaten to death.

His account of the scene was traumatic and dramatic. For various reasons, it became clear that the person he was having a problem with – in the here and now – was a reincarnation of the person who had so brutally murdered his brother in a whole other life.

The incident itself wasn’t the root of the problem. It was the emotion that had been created … and carried through into this lifetime that was causing havoc in his life right now.

Between my therapeutic ability and his openness to the idea that another incarnation could be affecting this one, we were able to clear the emotions he was till hanging onto deep in his subconscious. Add his increase in understanding, and he became more able to cope with what was going on in his life right now.

The powerful benefit of the session make me realise the very real value of Past Life Regression. So I’ve done even more study and am now proud to add it to my list of treatments. If it can help just one of my clients, it will be worth the few who may think I’m a little crazy!

Whether you’re interested because if might be fun to find out. Or you would like to get help dealing with some deep-rooted issues, all you have to do is click here. Or give me a call to make an appointment.

I look forward to being able to help.