I have a very powerful affirmation. 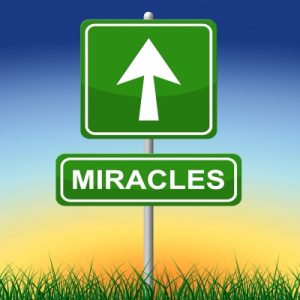 Many years ago I was staying with my daughter and her family in Minneapolis. They were visiting the local library – they are all avid readers.  The library was giving away old books that were taking up space.  My grand-daughter and wife picked up ‘Making Miracles’ by Dr Paul C Roud. Probably can’t buy it now. It was published years ago and is now out of print.  They thought that I, being a hypnotherapist, would be interested in it.  It turned out to be one of the most valuable books I possess. Basically, because of its principles, total focus and believability, it will take you wherever you want to go.  When this happens, stress and anxiety dissipate.

The author studied the case and followed (I think) six or seven different people. As it is several years since I read the book, I can’t quote the exact details.

These people had terminal illnesses and the medical profession had done all they could. They were different ages, different sexes and from different walks of life.  They were a good cross section of society.  Doctor Roud followed them for, I think, five or six years before the final interview.  They were living perfectly healthy lives.  He probably did his research on them for more than six or seven years.

His obvious question was ‘What had they done to achieve their outcome?’ The interesting point was that they had all done it in different ways: some with meditation, some with diet, some with exercise and several in other ways.

The common denominator was that they were totally focused and believed that whatever they were doing would cure them.

We come back to the basic fact: total focus and believability will take you to wherever you want to go allowing Stress and anxiety to dissipate.

Thanks once again to free digital images.