What Happens to your Body When You Quit Smoking? 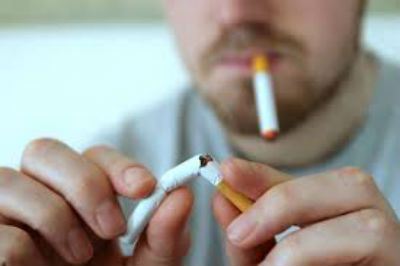 Quitting cigarettes is tough. What’s tougher, though, is not quitting. Lifelong smokers usually employ one of two tactics to justify their habit: 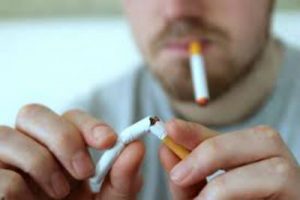 Denying that cigarettes are harmful (or that you won’t be affected) is common. Some people just assume that if the effect of cigarettes does eventually catch up to them, they’ll be old and ready to die anyway.

The problem with this train of thought is that everyone who regularly smokes cigarettes does long-term damage to their health, and there’s no guarantee that your life won’t be cut short by years of using cigarettes.

Arguably worse than denial is resigning to the fact that cigarettes are putting you on the fast track to death. There is no need for such a defeatist attitude, as everyone has it in themselves to quit, but finding the willpower can be extraordinarily hard for many smokers.

Whatever the reason for your addiction, know that there are ways out. There are people willing to help you will yourself to quitting cigarettes. Rather than dwelling on the physical and emotional negatives of continuing smoking, let’s look at the positives.

Quitting is Good for your Body

After just half a day of giving up cigarettes, the percentage of carbon monoxide within your bloodstream returns to normal. This is a good start. In as little as two weeks after quitting, your lung function improves and your circulation becomes much more optimal.

If you make it to the first month without smoking, you can look forward to reduced coughing and reduced discomfort, and your lungs will regain their ability to cope with mucus and clean themselves; it also significantly reduces your chances of infection.

According to the US Surgeon General’s Report, 2010, after one year without smoking a cigarette, the extra chance of suffering coronary heart disease is now just 50 percent of someone who still smokes; furthermore, your chance of suffering a heart attack has dropped dramatically.

Additionally, after five years of going cold turkey, your chances of getting cancer of the mouth, esophagus, throat, and bladder is reduced by half.

Ten years from when you quit smoking, your chances of succumbing to lung cancer is now half that of a person who is still smoking. By fifteen years, your chance of getting coronary heart disease has been reduced to that of a non-smoker’s.

A non-smoker will, on average, live at least ten years longer than that of a smoker.

Popular methods to quit smoking include hypnosis, patches, rewards for not smoking, and support from family and friends. There have been numerous studies that have shown that hypnotherapy can help you quit smoking.

Finally, there are the financial benefits of giving up cigarettes. A pack-a-day smoker spends more than $8,000 a year on cigarettes.

Just imagine what you could do with all that extra cash! You could fly around the world with that kind of saving! Even if you are financially well-off, you could turn the savings into a charity fund, saving other lives as well as your own.