e-Cigarettes: What to Know Before you Start 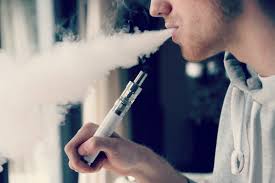 What You Really Need to Know About e-cigarettes

Perhaps you have seen others using wand-like implements that emit a puff of vapour and want to get the low-down on e-cigarettes?

To make sure you are informed about all the facts of this new fad, we have put together a handy guide below.

E-cigarettes, or electronic cigarettes, are a market of products that have been designed to deliver nicotine or other substances that are reduced from oils into vapour and then inhaled.

E-cigarettes are smokeless systems that use an electric fuel source, rather than fire, to combust the products emitted. They are battery operated and have a slot to input replaceable cartridges which usually contain nicotine but can hold other chemicals or products from time to time.

The atomizer in an e-cigarette is heated to convert the contents into a vapour that is then inhaled by the user. Sometimes e-cigarettes look like conventional cigarettes, and at other times they look like regular items such as pens or USBs so they can be used more discreetly.

E-cigarettes are popular alternatives in indoor locations because even though they sometimes look like they are emitting smoke, it is actually vapour that is coming out. This is how the habit received the common slang name of ‘vaping.’

What risks are involved?

Before running out and grabbing yourself an e-cigarette, it is important to understand what these products actually contain.

Most people believe e-cigarettes are harmless or are much less harmful than tobacco alternatives, but new studies are suggesting that this might not actually be the case.

A recent article by Scientific American stated that it is important to remember that e-cigarettes still contain nicotine, which is a dangerous and habit-forming drug. Despite the way that these products are often perceived, e-cigarettes are not a “healthy” alternative to smoking.

The same article also quoted evidence that shows e-cigarettes contain other toxic products such as formaldehyde, nitrosamines, and lead, which are all known carcinogens or neurotoxins.

It is true that the toxic levels of e-cigarettes are generally much lower than that of cigarette smoke, but some toxins, like formaldehyde, are found in comparable doses between e-cigarettes and conventional cigarettes.

E-cigarettes might protect you from the harm that tobacco smoke does to your lungs, but they are not a safe alternative when it comes to the rest of your body and your long-term addiction to nicotine, and are actually linked to cancer-causing substances which are still under-researched in terms of their lasting damage on users.

E-cigarettes are currently not legislated under the same restrictions as conventional cigarettes, and there are still many unknowns about their long-term effects.

While they might provide a good option for helping you to wean off conventional cigarettes, it is important to understand there are still risks involved, and individuals should aim to quit e-cigarettes too before they become a long-term replacement for smoking.