How Does Bullying Affect people?

Everyone has a story about bullying. 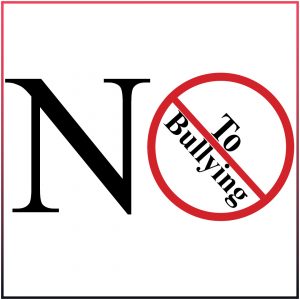 It might be that time you found yourself the butt of a joke taken too far, or you were on the receiving end of a deliberate collision in a school or workplace hallway.

It might be that time you laughed along at the expense of someone else who wasn’t in the room, or perhaps you were the instigator.

Whatever your experience with bullying, it is important to understand the consequences involved and recognise the warning signs of people at risk of its many dire outcomes. So, how does bullying affect people?

And combined with the feelings of isolation and loneliness often felt by victims of bullying, it can be difficult to speak up and ask for help. These feelings of depression and isolation can extend as far as victims withdrawing from sporting, musical or other social activities that once brought joy and satisfaction to their lives.

The negative psychological effects of bullying often result in a range of worrisome behaviours that can take a physical toll on victims.

The most extreme physical effect of bullying can be seen in incidents of self-harm. Children, teenagers and adults who engage in self-harm often express a desire to reclaim control and autonomy over their feelings – an independence that is stripped away by the psychological and sometimes physical attacks of bullying.

A subtler, and potentially unnoticed, physical effect of bullying is an increase in risk-taking behaviour, such as drug and alcohol abuse or experimentation. This may be done either to regain personal autonomy, or as an outlet for feelings of anger, frustration and helplessness.

The effects of bullying don’t end the moment school is finished, or the workday is over.

Often, the consequences of bullying have the potential to affect victims throughout their lives. Alcohol or drug usage may become a quick, temporary solution to alleviate feelings of anxiety – resulting in a dependency that is difficult to abandon.

Along with depression that may ebb and flow throughout their lives, victims of bullying may also develop heightened fight-or-flight responses to confrontational or stressful situations. This can result in failure to pursue goals such as a dream career, a pay-rise, or romantic relationships.

Overall, it is important to understand that the effects of bullying are damaging and extensive and can often go unnoticed.

There is great hope for victims of bullying to live healthy and fulfilling lives, but this is difficult to achieve without the support and understanding of a strong social community of friends and family members.

By recognising and broaching signs such as depression, withdrawal, or risk-taking behaviour, we can all do our part to stop bullying and the effects it has on its victims.