Binge drinking is a serious social problem. It affects millions of Australians every year and is, sadly, in many places, for many people an ingrained part of our culture. 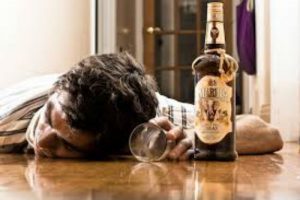 Statistics showed in 2013/14 that alcohol was the lead cause of drug-related ambulance attendances was the cause of 15 deaths and 430 hospitalisations and is one of the most damaging elements of some people’s life with regards to their self-esteem, their relationships and their capacity to be fulfilled in life.

Often the cause of binge drinking is not the fault of the person. They are led towards excessive drinking through peer pressure between the ages of 14 and 24 as a way of dealing with anxiety or trauma, or through mimicking parents or role models.

The Path to Binge Drinking

There are many reasons to start down the path, but the outcome is sadly often the same: that by a certain age many will realise that it is a serious problem that has reduced their quality of life, their opportunities, and their overall happiness.

Studies say that it generally takes 18 years for people to seek help once they develop such a problem.

Many victims believe that if only they had sought help earlier, then some things could have been avoided. One very effective way that can help you quit binge drinking is hypnotherapy.

Binge drinking hypnosis is a hypnotherapy method that focuses on weakening and curing you of the mental habits that make it difficult to say no to consuming alcohol.

Hypnosis has been demonstrated to work in cutting the desire to continue consuming or returning to the drug, even though it sadly cannot prevent the necessary withdrawal symptoms that arise in serious cases of alcoholism.

These symptoms come about as a result of cutting out a toxic substance that the body has grown dependent on, and these can include sweating, tremors, nausea, anxiety, irritability, difficulty sleeping, seizures or fits, delusions and hallucinations, and even death.

We will be with you to help you recover every step of the way, taking care that you will get through the worst of it and come out the other side as a new, happier and healthier person.

Depending on your means and the severity of the addiction you can curve your craving by going to individual hypnotherapy sessions or by following hypnotherapy soundtracks, both of which we offer at Roland James Hypnosis.

We do recommend that, depending on the severity of your dependency, you seek counsel from a trained professional.

We also realise that admitting that there is a problem and then asking for help can be difficult, especially considering stigmas such as expectations surrounding masculinity, independence or strength of character and willpower.

But the greatest mistake would be to let the addiction continue to control your life, even after taking the big step of realising that you may have a problem.

Drinking does not have to be all or nothing.

Hypnosis for binge drinking is not designed to have you converted from one extreme to the other.

Rather, it is simply a very good way to help you find a greater sense of balance in your life, where your mind, efforts and time are not oriented around consuming alcohol, but rather are ready and able to form deep and meaningful connections with people and engage with life and its many wonderful treasures.