Advice To Teen Girls About Bullying 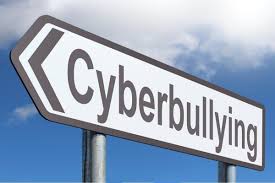 Adolescence is one of the most complex and difficult journeys in life, and no more so is that true than for teenagers growing up in the digital age. Bullying is an unfortunately common and dangerous part of that journey for many, and for teen girls, there are a number of things that you need to keep in mind to navigate this part of your life successfully.

Bullying Comes in Many Forms

Teenage girls bully and abuse each other in a variety of ways. “Straightforward” bullying, like physical violence or name-calling, are of course horrible, but they aren’t as common among teen girls as they are for boys.

Instead, girls more commonly practice a more subtle, insidious and social form of bullying, which involves a lot of talking, especially behind other’s backs. It can also be active (or absent-minded) exclusion, making the isolated girl(s) feel friendless or unwelcome.

The truth is that hitting someone can hurt a lot less and be much less damaging than constant exclusion, undermining or the spreading of rumours. The wrong message about someone can spread virally, and becomes a part of that person’s social identity, whether it’s true or not. Think carefully about what you say, especially about your peers, as what you might consider harmless might be having a huge impact on someone else.

Cyber-bullying is the New Normal

Just because something isn’t said in person, but on the internet, doesn’t make it hurt less, or make it any less real. Sharing photos, sending messages or just not including people in the popular threads, are all common examples of cyber-bullying.

With the advent of the smartphone, our access to the internet is now round the clock, so consider cutting down on your time online to restrict how much access bullies might have to you.

What Can You Do?

Understanding your digital presence is a great place to start. You should think very carefully about the things that you share on the internet, either privately to your friends, or more publicly.

Much of the internet, including the common social media providers, keep a permanent record of everything that happens on their platforms.

Call it out when you see it. Eliminating this kind of behaviour might seem hard, but it starts with everyone understanding that it’s awful. If you notice someone at your school engaging in bullying behaviour, including your friends, be the one to speak out. It’s extremely hard to stand up for others, especially to your peers, but doing the right thing is usually difficult.

If you’re the victim of bullying, seek help. Telling your parents and teachers should be your first step, and make sure to tell the truth and be precise. Although you might be worried that it will make the situation worse, the bullies have to learn that there are consequences for their actions.

Ultimately, remember that high school doesn’t last forever. It might sound harsh, but some people won’t learn, and you need to be stronger than them. I promise life gets better afterwards.