During our live meet many characters.  Some we admire some we don’t. 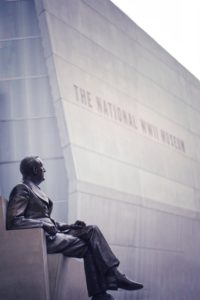 I am probable considerably older than the majority of my followers of my weekly recording.   I have had the opportunity met many  people different ages and different walks of life.  I also know men who served in the forces in the second world war and  men who serves in the first world war.

We can learn many lesions from them and the way they coped with the extreme circumstances they were in.

Ido not intendto discuss the reasons of wars.  It’s a subject that would take a whole book.  One fact, there is no glamour in war. They are started by politicians and mainly fought by kids.  The majority of the lets be politically correct, person are in their late teens or early twenties. I know I was one of them.  Not the major war, one of the terrorists campaigns after the second world war.  Some of my later recording will be on the experiences during that period of my life.  I had plenty of lessons and experiences.

I will tell you of two characters who I admire for their strength of character and their contribution.  Their ability to be in control under extreme circumstances.  What I focus on with  my clients is to be in control and be relaxed

I will not use personal names I   will call my first character John.  Prior to the second  world war he was a test pilot.   This would be in the middle nineteen thirties.  Compared with modern day aircraft the plane in those day were primitive.  The saying goes they flew by the seat of their pants.

During the war he flew agents into France.  France was occupied by the Germans.    His aircraft was a small single engine, just room for the pilot and one passenger.  The flight was scheduled on a cloudy night with no moon.  The destination to drop his passenger off was a small field in northern France, with just a small light at the end of a field to guild him in.  Absolutely none of the modern-day navigation aids.  He had anganades in each pocket.  In case of emergency.  He was a character larger than life. I knew him personally. I quote we are only limited by our imagination. There is no way I could in my wildest imagination contemplating doing what he did that.  His skill and self belief I find it incredible.  Total belief and focus

What I find extremely interesting is Ben’s attitude to Germany after the war.

Several  years after the war ended, Ben and a fellow farmer were travelling home after a day out at a farming function.  Ben suggested stoped at a certain pub to have a few beers.  The farmer who was accompanying Ben an absolute bigot.  I’m not going into that pub it’s run by a  German. Ben answer.  We  both fought in the war against each other he must have been a bad shot    he missed me and I missed him, let’s go and have a beer with him.

My point I am emphasising, is Ben’s compassionate attitude towards Germany.

Both John and Ben had the  A,B,C a positive Attitude Balance and Control

I have great admiration for the both of them.  Both have now passed on and both contributed to this world.